The Most Detailed Harry Potter Action Figures of 2019

There may not be a new Harry Potter book or movie coming out this year, but there are some fantastic new toys on the way.

These figures from Star Ace Toys are incredibly life-like. Realistic eyes and other facial features clearly show each character’s expression, from Bellatrix Lestrange’s scornful look to Dobby the House Elf’s coy smile. The faces are hand painted and each figure features dozens of articulations so the possibilities for display poses are endless. They all come with alternate hands for holding any of the essential accessories they have. Luna Lovegood carries copies of The Quibbler while Ginny Weasley has her school books. And of course everyone their a wand. Highly detailed clothing adds to the magical qualities of these figures. Each package includes stands for display, too.

These must-have collectibles for serious Harry Potter fans will be released later this summer but you can pre-order them all now. Bring home the magic with these amazing figures. 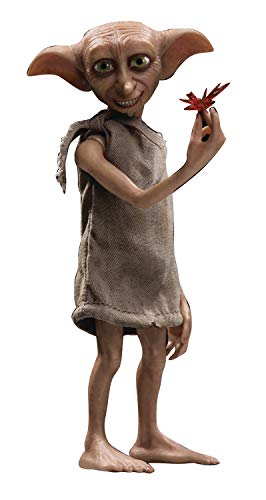 Dobby the House Elf makes his first appearance Harry Potter and the Chamber of Secrets. Wearing his original pillowcase, this figure also includes his freedom sock and comes with an alternate arm to display him in different poses. One arm holds a magic flash and the other has an open hand for holding Tom Riddle’s diary or his sock. The figure comes with two heads, one with a smile and one with his concerned look. 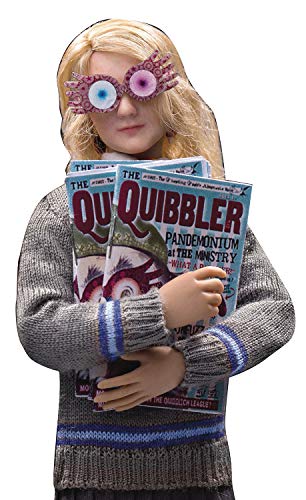 She’s a loyal friend to those her give her a chance. Luna Lovegood wears Spectrespects and her Ravenclaw uniform, appearing how we first see her in Harry Potter and the Order of the Phoenix. She has issues of The Quibbler, which can be opened so you can pose her reading. She also comes with her butterbeer cork necklace, her wand, a potions set, her book bag, and two of her school books. The figure has two sets of hands, sculpted for holding her prized possessions.

With that flash of red hair, she could only be a Weasley. Ginny is anxious to go to Hogwarts with her big brothers and finally gets her chance in Harry Potter and the Chamber of Secrets. She’s ready to start school with her Gryffindor uniform and robes, her school books Magical Theory and Hogwarts: A History, a broomstick, her wand, her book bag, and a quill and ink pot. The figure comes with several interchangeable hands and at 1:6 scale it is approximately ten inches tall. 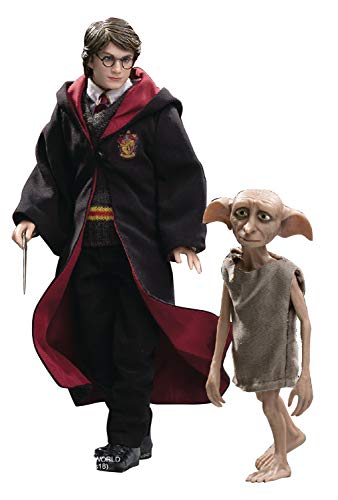 In Harry Potter and the Prisoner of Azkaban, the story turns darker as we learn more secrets about Harry’s parents’ past. Many fans consider it their favorite film of the series and now you can commemorate it with Harry in his Gryffindor robes and his copy of The Monster Book of Monsters. This figure also comes with Hedwig the Owl, the Marauder’s Map, Harry’s wand, and a companion Dobby the House Elf figure with his freedom sock. It has five interchangeable hands and is 1:8 scale. 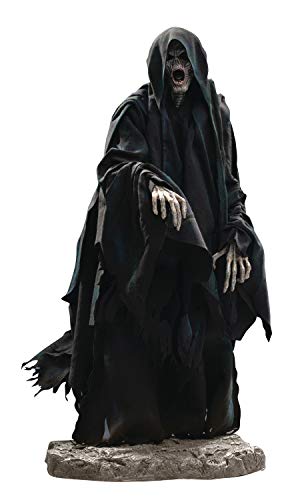 With realistic skeletal details, this Dementor is one of the creepiest figures out there. From Harry Potter and the Prisoner of Azkaban, this deluxe version has illuminated eyes and mouth and two Dementor’s Kiss vortex attachments. The hood can be removed to reveal the skull-like head for performing the Dementor’s Kiss and articulated arms and fingers allow it to grab its victims. This figure comes with one sculpted diorama base and a stand for flying poses as well. It is 1:6 scale. 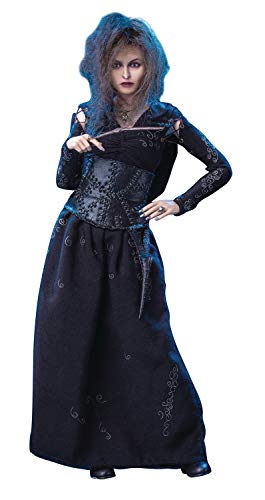 One of the most evil women to grace the silver screen in years, Bellatrix Lestrange is ready to serve the Dark Lord. The elaborately detailed outfit features her black dress, her brown corset, and her necklace as featured in Harry Potter and the Half-Blood Prince. She comes equipped with her Death Eater mask, two wands, and her dagger. Five different hands, all with her silvery nail polish, are included so she can be posed holding her wicked objects. 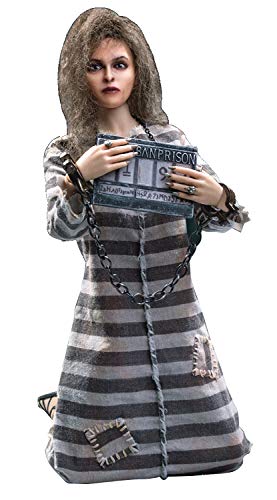 Bellatrix Lestrange makes her break from Azkaban in Harry Potter and the Order of the Phoenix. This figure depicts her in her prison stripes, as pictured in the Daily Prophet photo. Small details like patches to her dress add to the realism. The figure comes with her prison number plaque, shackles, her two wands, and her dagger. It has five interchangeable hands and is 1:6 scale. 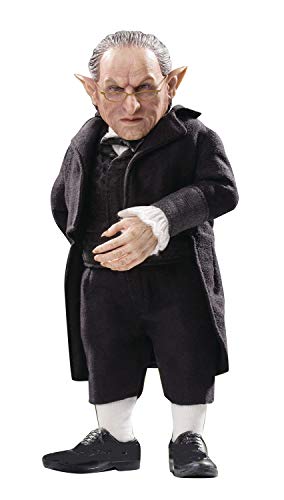 The valuables and secrets of Gringotts Wizarding Bank are kept safe by the Goblins. In Harry Potter and the Deathly Hallows, Griphook the Goblin helps Harry break into the Lestrange vault to search for the next Horcrux. This figure comes with interchangeable hands for holding some very special treasures — the Sword of Godric Gryffindor and Helga Hufflepuff’s Cup, along with a Gringott’s Bank Clanker.

The Most Detailed Dragon Ball Action Figures of 2019